UK Parliament - Have Your Say!

WMS and ACHS students found out about how the UK Parliament works during assemblies on Tuesday 12 October. Lots of healthy debate followed the assemblies at a workshop with WMS students. 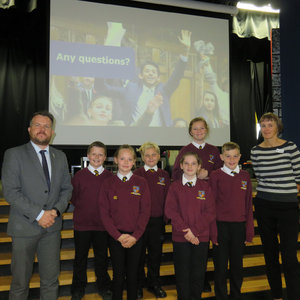 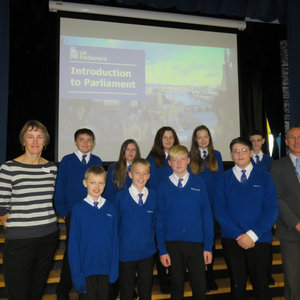 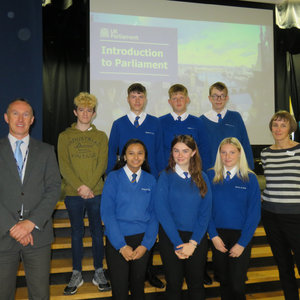 Gillian Bell, Senior Education and Engagement Officer, to the UK Parliament delivered assemblies to all year groups to help students understand how parliament works, how decisions are made, how you can have your say and covered the following areas:

Democracy - the rule of law, protest, having your say, the right to vote and elections.

The House of Commons has 650 MPs representing different political parties, elected from across the country including ministers who have responsibility for government departments and MPs who are not part of the government. The House of Commons has three main jobs: debating ideas, policies, new laws and voting on them; discussing the issues of the day; and checking the work of the government for example Prime Ministers Question Time during which the PM answers questions from elected MPs.

The House of Commons also debate ideas, new laws and discuss topical issues of the day and provide a second opinion. Members of the House of Lords are not elected and have no political affiliation, they are chosen based on their expertise, experience and knowledge in a particular area.

The voting system - voting for a parliamentary candidate to become your local MP is one of the ways in which you can have your say. You can register to vote from the age of 16, you can vote when you are 18. If you are not registered, you cannot vote. To register visit: Register to Vote.

Other ways to have your say - you can contact your local MP by email if there are issues in your local area of concern such as plastic waste on beaches. There are various petition websites including the UK parliament petition website. If a particular petition has over 10,000 signatures the government must respond, with over 100,000 signatures the issue must be debated in parliament.

At Whytrig Middle School lots of healthy debate followed the assemblies during a workshop with Year 7 and Year 8 students. A variety of ideas were debated and voted on including: Abuse Against Animals, Anti Detention Bill, Homophobic Bullying Bill and a Fossil Fuel Bill. 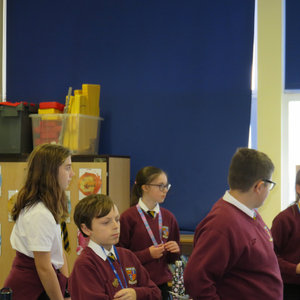 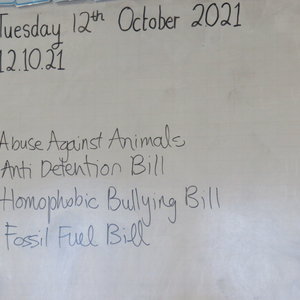 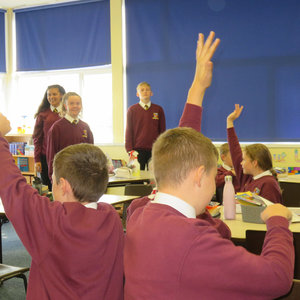 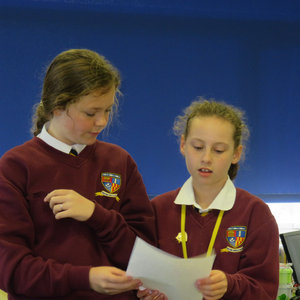 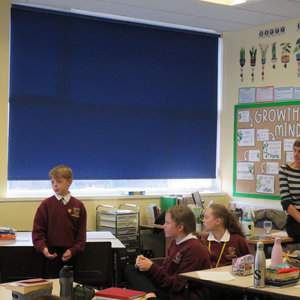 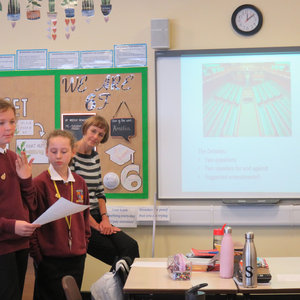 Find out more about the UK Parliament:

UK Parliament Week runs from 1 – 7 November this year and schools and community groups are encouraged to get involved. There are resources online, and people who sign up to organise an activity will receive a free resource pack. Details at: UK Parliament Week

More information on Parliament’s Outreach service can be found at: UK Parliament Learning

Thank you to Gillian from the UK Parliament.

Parliamentary copyright images are reproduced with the permission of Parliament.